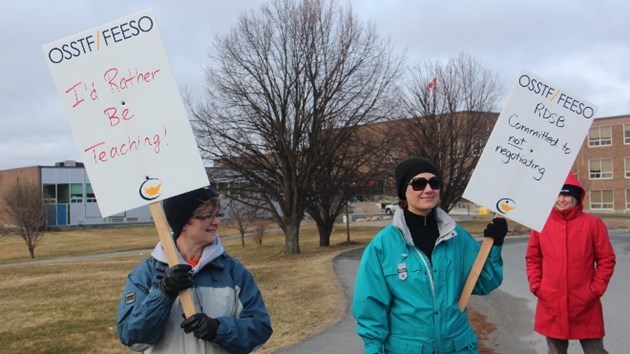 Posted at 11:23h in Local News by unionadmin 0 Comments
0 Likes

“OSSTF/FEESO’s response in defence of that system will be commensurate,” the union representing English public high school teachers said in a press release.

Among the changes announced March 15 are increasing class size caps by six students at the high school level and by one student at the Grade 4-8 level.

A press release from the OSSTF called the changes “devastating,” adding “many of which will have a direct negative impact on OSSTF/FESSO members and the students they work with every day.”