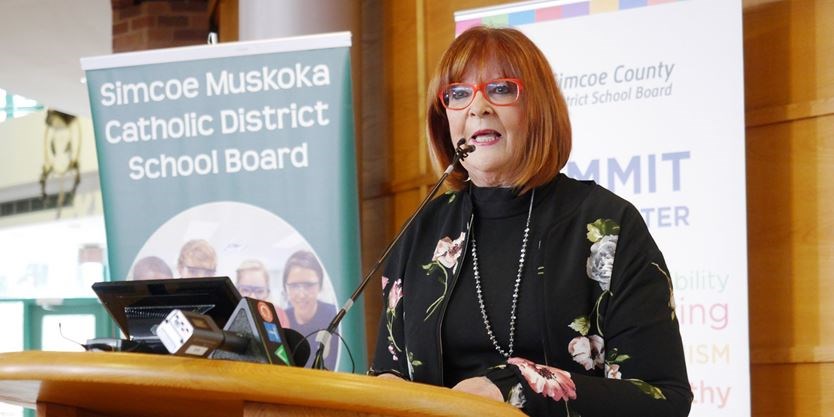 Posted at 14:45h in Local News by unionadmin 0 Comments
0 Likes

The Ministry of Education will be funding four new elementary schools, and an additional project, in Simcoe County.

Barrie MPP Ann Hogarth, on behalf of the ministry of education, made the announcement on Jan. 29 at the Simcoe County District School Board office.

“Our government is investing almost $25 million to help build four new schools in Alliston, Bradford, Oro-Medonte and Wasaga Beach, and renovate and expand a school in Orillia,” she said.

The ministry is also providing $856,800 for additional funding at Notre Dame Catholic School in Orillia.

“The ministry has provided us with funding for new portables as a temporary solution to enrolment growth at that school,” explained Carol Corriveau-Truchon, chair of the Simcoe Muskoka Catholic District School Board. “The portables will also help with interim enrolment pressures at other schools throughout our board.”

On the public school board side, the announcement means three of its top six capital priority projects have been funded.

“We are pleased that the ministry has recognized the need in our communities,” Peter Beacock, chair of the board, stated in a media release. “The addition of three new elementary schools will allow us to accommodate students in areas which continue to experience growth and development.”